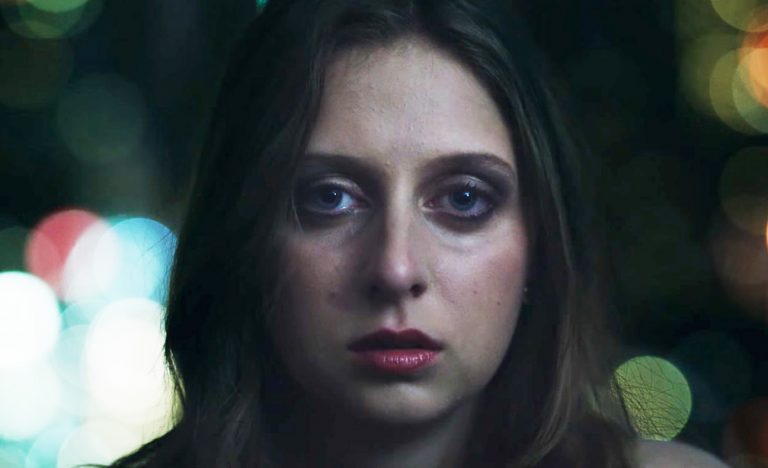 I grew up out east with my two sisters and my parents, when they were still together. We were a typical middle class family, nothing special. As a kid I was involved in gymnastics and did really well in school. But there started to be a lot of fighting at home because my parents weren’t getting along.

I don’t know if it was because of what was going on with my mom and dad, but I never felt okay with who I was. My parents pushed me to do well in gymnastics and school, but it still seemed like I was never good enough. I think that hurt my self-confidence. I had a hard time making friends and began to hate the way my body looked. When I was 12, I developed an eating disorder and started hurting myself. Both of these provided relief for how I felt inside.

My family really didn’t talk about any of this, they could see what was happening but it was like they didn’t really care and didn’t want to talk about it. My sisters pretty much ignored me. At 13, I started drinking and all those terrible feelings about myself went away.

After an abusive relationship with an older guy, I met Ryan. He was confident and charming. He made me feel so good about myself. We talked a lot about what we wanted in life. Before I knew it I was head over heels in love.

He said if I did it, it would only be for a little while.

Things got pretty serious and were going great. About two months in Ryan told me he had money problems, a really big debt. I’d already been loaning him money but he needed more help. He told me that his friend’s girlfriend was opening a massage parlor -- maybe I could go and work there? He had mentioned this girl before, how she had sex for money and made really good money that allowed her to live an amazing lifestyle. He said if I did it, it would only be for a little while just long enough to make big money and then we’d buy a house together.

At this point I’d have done anything for Ryan. So we went over to his friend’s house and I sat down with the girl. She explained how it all would work. I would have to get pictures done and come up with a name to put on a website. Massage would be the appetizer, sex was the main course. I’d be paid by the hour.

I wasn’t comfortable with the whole idea but I kept thinking how this was going to help Ryan. It would just be for a few weeks -- a part-time gig for my future with Ryan. Of course he made me feel like a hero for doing it and pumped my ego about how not many girls had the looks and guts to do high-end sex work.

Then next thing I knew, I was working 12 hours a day, eight clients per day. For the first few days I felt really sad, like my body wasn’t mine anymore. I was in a lot of pain too. Ryan just sat at home and smoked weed. I resented that.

I came home from the parlour one day exhausted. I had a total breakdown. I was crying and I told Ryan I couldn’t do this anymore. Letting those strangers be all over me, I felt disgusted afterward. I told him it was wrong, doing this all day and coming home to him. He glared at me and said, “You better figure out how to deal with it, because I am not going to be with a girl who isn’t giving me money.”

My emotions were all over the place then. At first I was angry. Then I worried he didn't love me anymore. Then I wondered if his anger was a sign that he was still crazy about me. It was insane but all I knew was that I didn’t want him to leave, that I couldn’t imagine not being with him.

A month later, Ryan wasn’t home and I was feeling suicidal. I’d taken a lot of drugs. I called 911 and the police showed up. They suspected what was going on and they asked me to tell them who my boyfriend was and to give them more details. But I couldn’t betray Ryan. I wanted to get out of the situation so badly, but there was never a moment, even when Ryan wasn’t physically there, that I was at ease. I felt I was always being watched. All I hoped was that if I could just keep doing this for a little longer, things would be different.

Not long after I found myself living in a high-end condo in Toronto with Ryan’s new ‘friends’: a pimp, a fugitive murderer, a drug-dealing stripper, and I was about to go have sex for money to pay the rent on the condo.  For the first time I had a moment of real clarity and thought, “How the hell did I end up here?”

And still I didn’t leave. One night when Ryan came home, I just started screaming at him, all my drunken frustration coming out. He beat me unconscious. I woke up hearing a conversation, “If we killed her, we can just bury her somewhere up north and no one will ever find her. She’s getting sloppy. Telling clients too much.” My ‘friends’ were starting to see me as a liability.

After that, I started making plans to leave. Ryan was out of town so I looked for a room for rent. I found one miles away from the condo.  I put all of my stuff into a cab and left.  I heard from Ryan when he got back. He didn’t realize that I was leaving him for good this time. After that I changed my number. It was the last time I had contact with him.

I went into recovery. I was thousands of dollars in debt. Ryan had eaten most of the money I’d made. I felt so much shame and guilt. I thought I had done this to myself and that I didn’t deserve anyone’s help. I was afraid of how everyone would react when they heard my story. Even after all I’d been through, I still did not understand that I had been pimped out.

** Amy received counselling for her physical and mental health. She learned that she was a victim of sex-trafficking. She eventually moved to another city, returned to post-secondary studies and has begun the next chapter of her young life, fortunate to call herself a survivor.

If you are a parent or caregiver looking for more information on sex trafficking, visit Traffick Stop, our online resource to educate and raise awareness.